What in the World Do These Weird Dog Behaviors Mean? 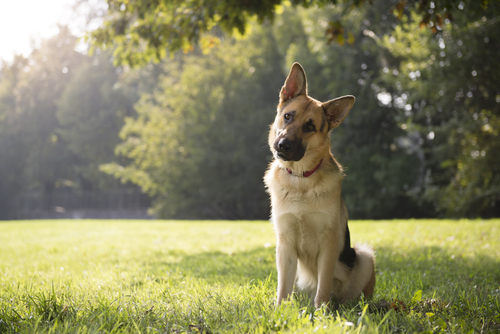 As a dog owner, you probably get a lot of enjoyment out of watching all the different ways your dog reacts to situations. While there’s a long list of adorable things you may notice your dog doing, you’re definitely not alone if certain actions your dog takes seem downright weird. Since there are a handful of fairly common dog behaviors that can seem completely foreign to us humans, we thought it would be fun to dig into several of these:

Even though it’s pretty gross to see your beloved dog doing this, plenty of dogs mess with their own waste or from others. Some dogs go the full distance and attempt to eat waste. Before we get into why a dog may take things that far, it’s worth explaining why dogs often seem so interested in waste. It really boils down to their extremely strong sense of smell. Because they’re able to process so much information through their nose, exploring waste from a dog that walked by earlier is their version of snooping.

Although that seems fairly reasonable once you think about it, what accounts for a dog trying to eat waste? While an adult dog that’s being fed a diet of quality dog food is unlikely to display that behavior, the exception is mother dogs with puppies. They may eat their puppies’ waste due to their survival instinct of wanting to hide the scent of their pups from predators. And in kennels or shelters, some puppies may eat older waste due to curiosity.

Of all the weird behaviors that a dog may exhibit, humping is generally the most embarrassing. It’s bad enough if your dog tries doing this with you. But it gets even worse when a guest comes over and your dog wants to hump that person. There are three main explanations for humping. In addition to being rooted in sexual excitement, dogs can also hump as a result of trying to show dominance or simply as a type of OCD behavior. If you want to prevent your dog from humping, neutering is an important step, along with building a routine based around consistent habits. A spray bottle can also be a useful tool for humping that falls into the OCD behavior category.

When dogs have this type of episode that temporarily seems like they’re choking, it’s caused by some kind of irritant getting into their throat or palate. You can help prevent these types of spasms by keeping your home environment clear of irritants and taking steps to minimize fast eating. Rubbing a dog’s throat during a spasm can also help speed it along.

As you can see from these explanations, even though we humans may not understand why they’re doing it, for better or worse dogs generally do have a specific reason for engaging in different behaviors.
Posted by Unknown at 3:58 PM